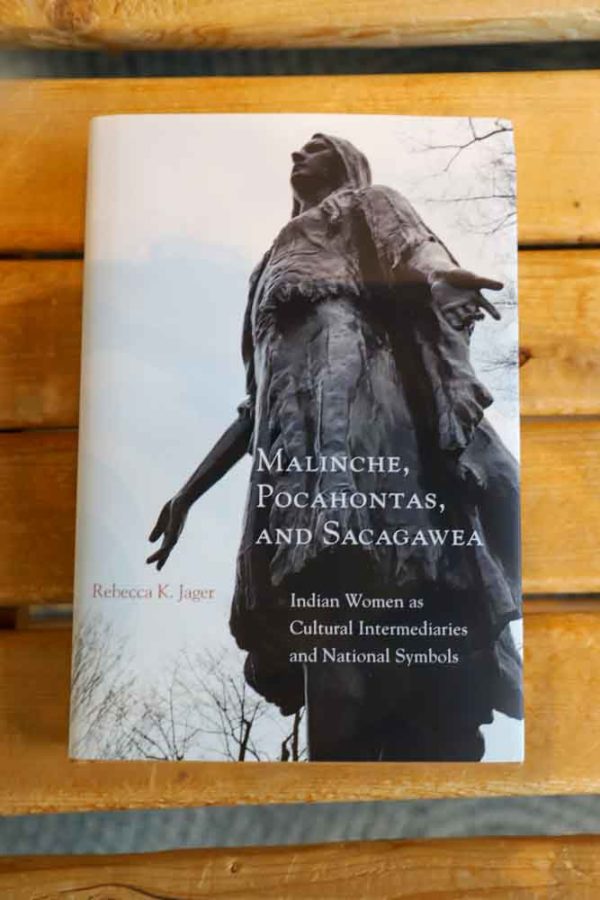 The first Europeans to arrive in North America’s various regions relied on Native women to help them navigate unfamiliar customs and places. This study of three well-known and legendary female cultural intermediaries, Malinche, Pocahontas, and Sacagawea, examines their initial contact with Euro-Americans, their negotiation of multinational frontiers, and their symbolic representation over time.

Well before their first contact with Europeans or Anglo-Americans, the three women’s societies of origin—the Aztecs of Central Mexico (Malinche), the Powhatans of the mid-Atlantic coast (Pocahontas), and the Shoshones of the northern Rocky Mountains (Sacagawea)—were already dealing with complex ethnic tensions and social change. Using wit and diplomacy learned in their Native cultures and often assigned to women, all three individuals hoped to benefit their own communities by engaging with the new arrivals. But as historian Rebecca Kay Jager points out, Europeans and white Americans misunderstood female expertise in diplomacy and interpreted indigenous women’s cooperation as proof of their attraction to Euro-American men and culture. This confusion has created a historical misrepresentation of Malinche, Pocahontas, and Sacagawea as gracious Indian princesses, giving far too little credit to their skills as intermediaries.

Examining their initial contact with Europeans and their work on multinational frontiers, Jager removes these three famous icons from the realm of mythology and cultural fantasy and situates each woman’s behavior in her own cultural context. Drawing on history, anthropology, ethnohistory, and oral tradition, Jager demonstrates their shrewd use of diplomacy and fulfillment of social roles and responsibilities in pursuit of their communities’ future advantage.

Jager then goes on to delineate the symbolic roles that Malinche, Pocahontas, and Sacagawea came to play in national creation stories. Mexico and the United States have molded their legends to justify European colonization and condemn it, to explain Indian defeat and celebrate indigenous prehistory. After hundreds of years, Malinche, Pocahontas and Sacagawea are still relevant. They are the symbolic mothers of the Americas, but more than that, they fulfilled crucial roles in times of pivotal and enduring historical change. Understanding their stories brings us closer to understanding our own histories.