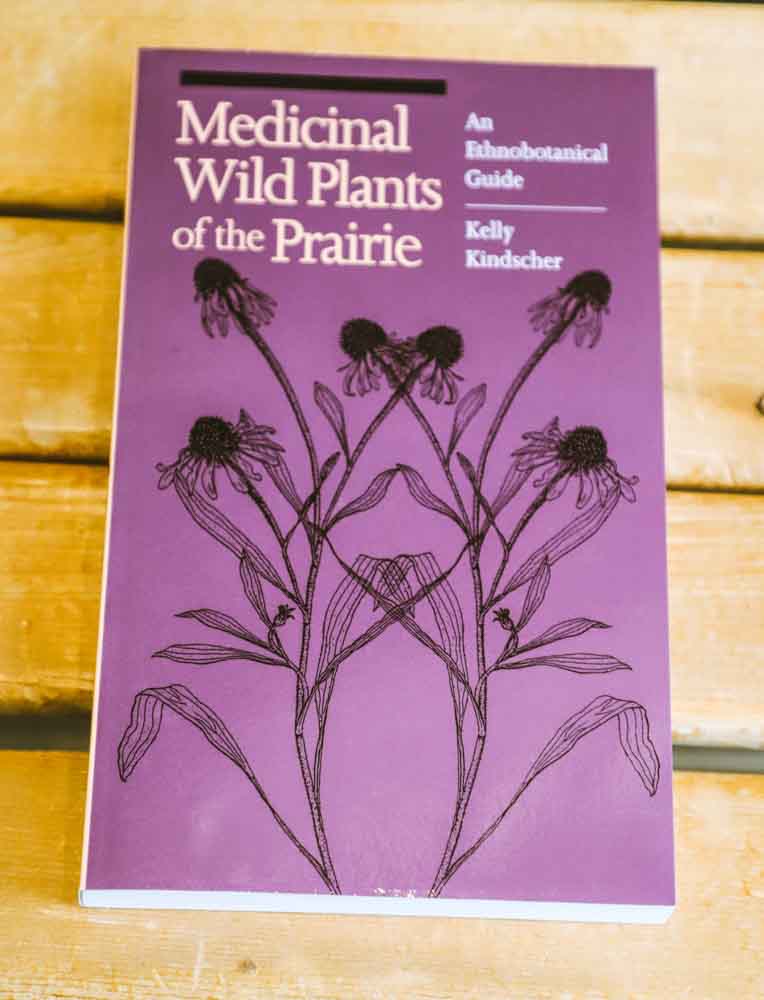 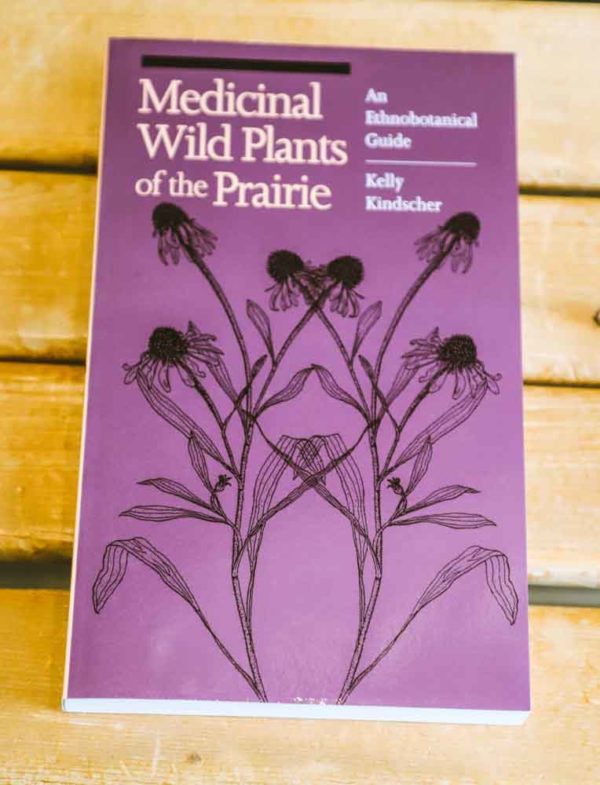 Medicinal Wild Plants of the Prairie

White settlers did learn a few plant-based remedies from the Indians, and a few prairie plants were prescribed by frontier doctors. A couple dozen prairie species were listed as drugs in the U.S. Pharmacopeia at one time or another, and one or two, like the Purple Coneflower, found their way into the bottles of patent medicine.

But in both the number of species used and the varieties of treatments administered, Indians were far more proficient than white settlers. Their familiarity with the plants of the prairie was comprehensive—there probably were Indian names for all prairie plants, and they recognized more varieties of some species than scientists do today. Their knowledge was refined and exact enough that they could successfully administer medicinal doses of plants that are poisonous. All of the species used by frontier doctors were used first by Indians.

In Medicinal Plants of the Prairie, ethnobotanist Kelly Kindscher documents the medicinal use of 203 native prairie plants by the Plains Indians. Using information gleaned from archival materials, interviews, and fieldwork, Kindscher describes plant-based treatments for ailments ranging from hyperactivity to syphilis, from arthritis to worms. He also explains the use of internal and external medications, smoke treatments, moxa (the burning of a medicinal substance on the skin), and the doctrine of signatures (the belief that the form or characteristics of a plant are signatures or signs that reveal its medicinal uses). He adds information on recent pharmacological findings to further illuminate the medicinal nature of these plants.

Not since 1919 has the ethnobotany of native Great Plains plants been examined so thoroughly. Kindscher’s study is the first to encompass the entire Prairie Bioregion, a one-million-square-mile area bounded by Texas on the south, Canada on the north, the Rocky Mountains on the west, and the deciduous forests of Missouri, Indiana, and Wisconsin in the east. Along with information on the medicinal uses of prairie plants by the Indians, Kindscher also lists Indian, common, and scientific names and describes Anglo folk uses, medical uses, scientific research, and cultivation. Descriptions of the plants are supplemented by 44 exquisite line drawings and over 100 range maps.

This book will help increase appreciation for prairie plants at a time when prairies and their biodiversity urgently need protection throughout the region.